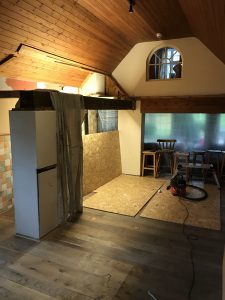 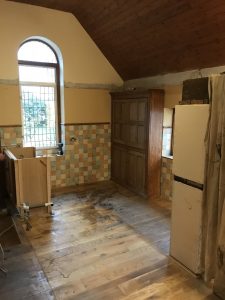 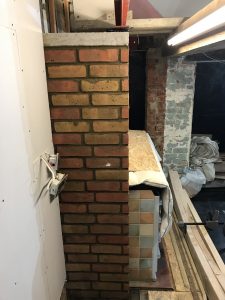 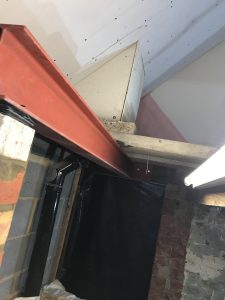 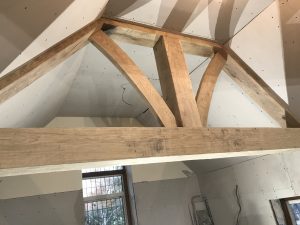 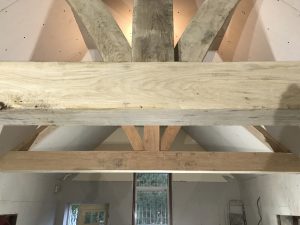 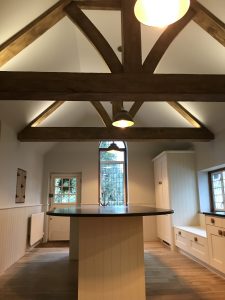 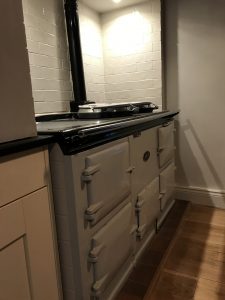 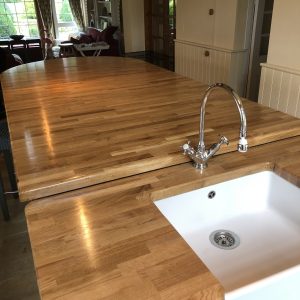 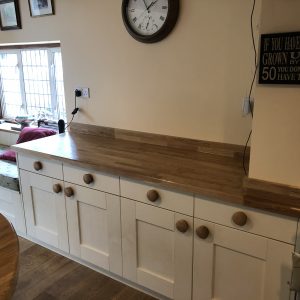 Our first trip to Spicers Barn in spring 2016 consisted of a downstairs remodel and flooring throughout, a new kitchen and mezzanine floor, in order to create some work-from-home office space.

After taking out the existing kitchen, we started on the structural work in order to open up the dining/kitchen area into a more open plan space. 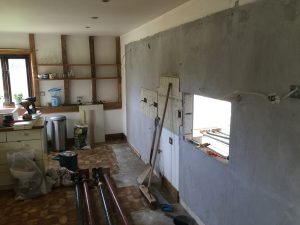 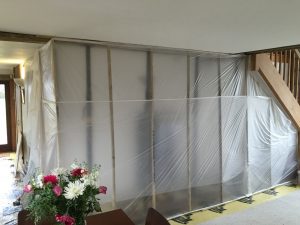 The structural work was completed in oak in order to match into the existing barn construction. While this was going on we also constructed the mezzanine floor, which the client felt was wasted space upstairs. This included new solid oak supports and balustrade. 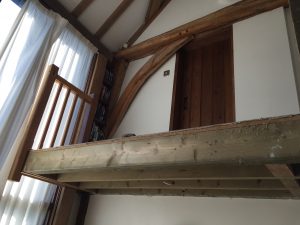 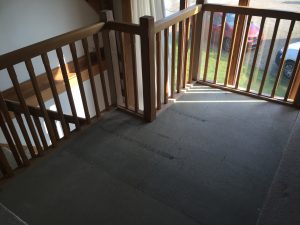 With the new open plan layout downstairs, the client wanted consistent and practical flooring throughout so we fitted their choice of engineered oak, and gave it a specialist treatment to make it tougher and more robust. 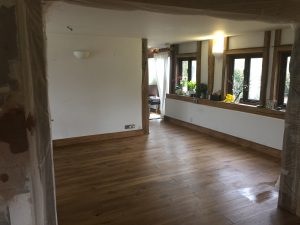 The last stage was to install the kitchen in the new space around the existing Aga, complete with island. The traditional style and colour really suited this barn conversion, and it was finished with solid oak worktops, which were styled, cut and fitted by us on site. 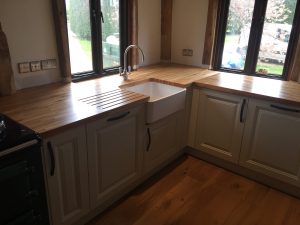 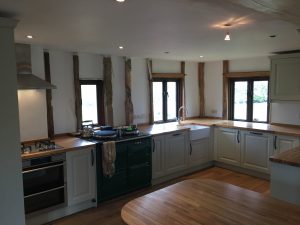 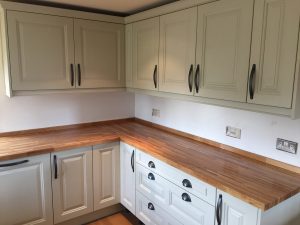 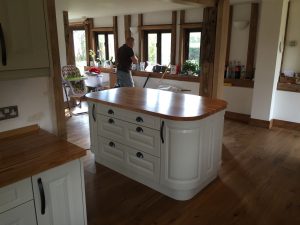 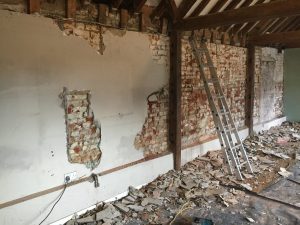 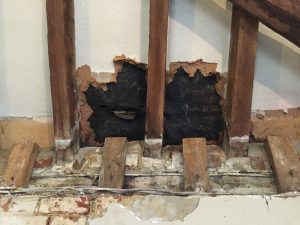 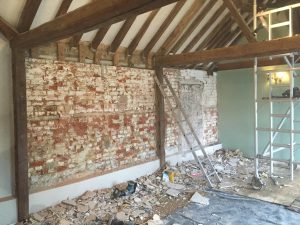 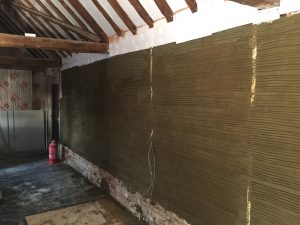 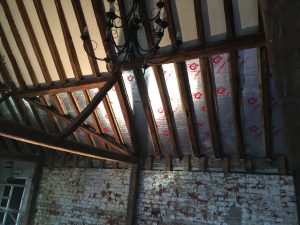 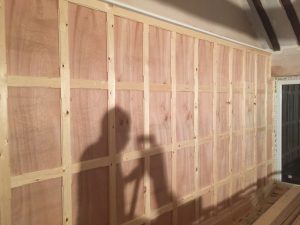 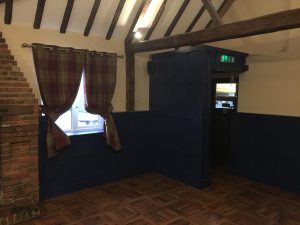 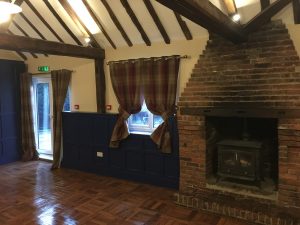 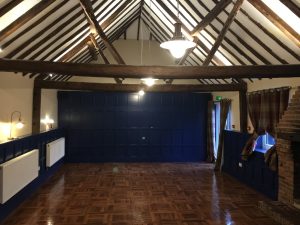 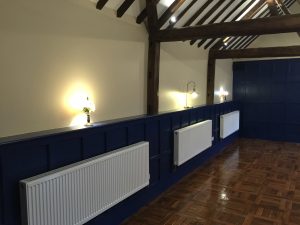