We have completed work on this property before (a two storey extension at the rear), but it was for the previous owners. The bulk of the job was a single storey extension on the side of the house, plus returning two original small bedrooms to one double room, and re-fitting the en-suite. As you can see, we had a few things to clear before work could begin. 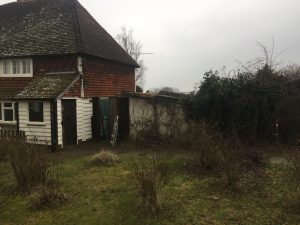 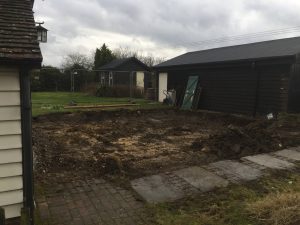 Clearing the ground and removing the debris from site took a few days, mainly down to the old concrete dog kennels and shed structure on the area we needed to dig the footings. Luckily for us in this instance, we weren't short of space as we quite often are, meaning much less disruption and inconvenience to our clients, as everything could be kept out of their way.

With the footings set out and dug as per the architectural and engineering drawings, building could begin. While the drawings specified the extension to be built in block work, it was to be finished in weather boarding to match the existing listed property. As you can see, the extension was designed with double French doors to the rear and a window to the front. The design also included structural steel work. 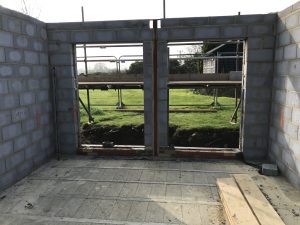 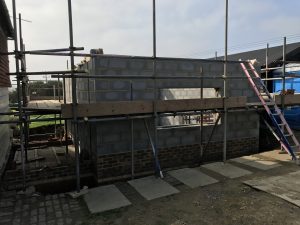 Once the openings for the doors and the window had been completed, they could be ordered and made in timber, again as the building is listed. The next step for us was to construct the roof. Due to the ceiling being vaulted, the engineer had specified a piece of steel work to support the timber rafters. This need to be craned into position. 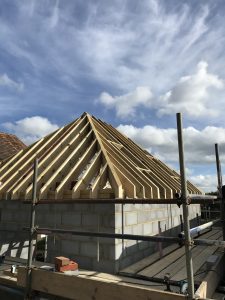 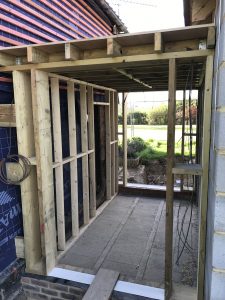 On completing the roof we began work on connecting the new extension to the existing building - this would also become the new front door. In order to do this we stripped back the weather boarding and tiles, and cut a new doorway. The flat roof above the connecting corridor was completed with lead work, and the hanging tiles on the side of the existing building were replaced - this of course included replacing the breathable felt and batons.

As with all buildings of this age, it's very common that we need to replace and repair parts of the structure as we go.

Next up on the task list was to fit Velux windows in the new roof and tile it with reclaimed Kent peg tiles - again, due to its listed status, this is the only way this can be done. Then it was on to the weather boarding. 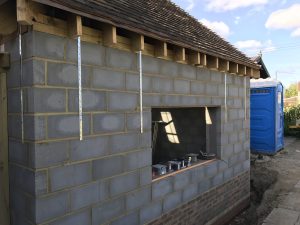 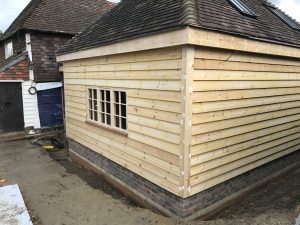 While the insulation, screeding, electrics and plastering in the new extension was being completed, we made a start on the bedroom/en-suite work. The stud wall which turned the double bedroom into two smaller rooms was easily removed - the en-suite however needed a bit more work. In the images below, you'll see what looks like a storage cupboard at the back of the bathroom - this was in fact the shower. We were asked to turn this back into a cupboard and create a new shower cubicle - pretty straight forward, but first we had to level the floor. 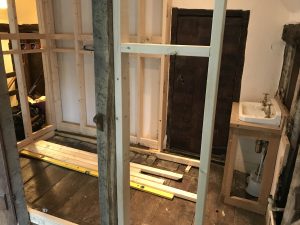 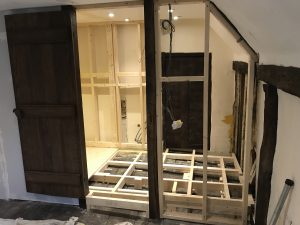 Below is a few images of the completed bathroom, which included a bespoke oak sink unit, made by us and distressed to match in with original oaks and doors: 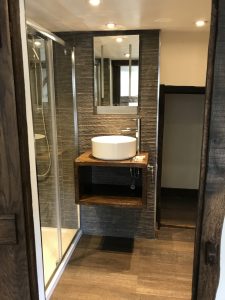 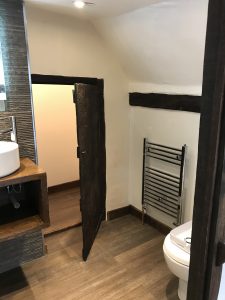 Back on the extension, the last major things to do were remove the old porch and tie in the building as if it had never existed, and then landscape the garden. Here are some final images: 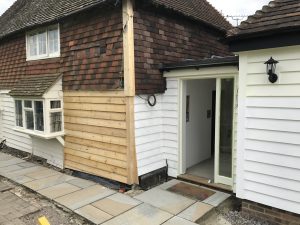 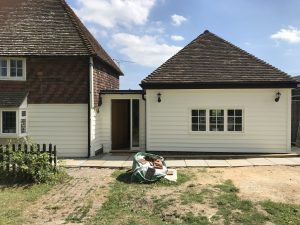 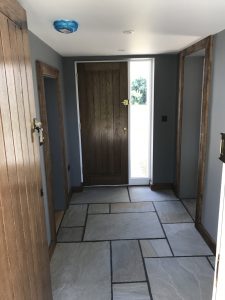 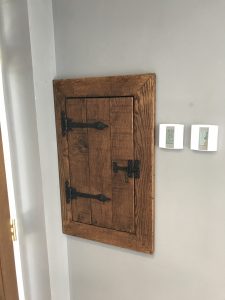 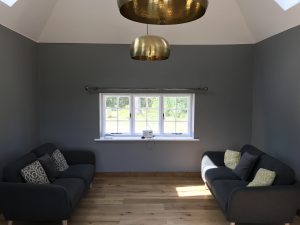 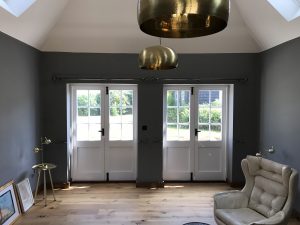 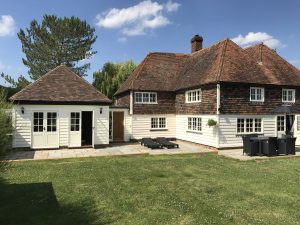 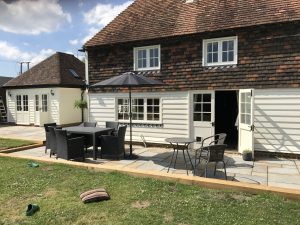